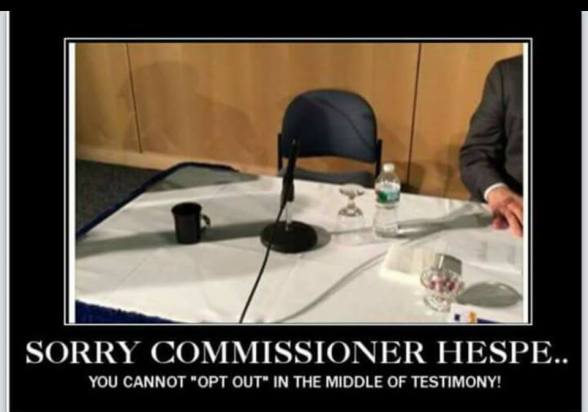 The PARCC test simply will not die.

The state of NJ sits stubbornly on the list of the 6 states plus DC, out of the original 26, that grip the PARCC test like a dying wish.

Well, nearly 50 people stormed the State Board of Education meeting to pry that dying wish out of the State’s cold dead hands.

Blood is in the water here in NJ. The opt out movement far surpassed the Education Commissioner Hespe’s original prediction. Parents have now seen the effects of these ill-conceived tests and every single day someone new asks me about how they can opt their child out.

But the PARCC will not leave NJ quietly.

Hespe went from confidently dismissing the opt out movement as a weak and misguided minority to treating the movement as a serious force to be reckoned with.

Now is not the time to back down.

The first threat Hespe doled out was that parents were not allowed to opt out. (Yet thousands of parents found a way to refuse.)

The second threat was that students whose parents refused to allow them to take the PARCC would have to sit and stare throughout the entire test. (Very few districts stuck to this policy and finally Hespe came out and discouraged sit and stare policies.)

The third threat was that opt outs would cause schools to lose funding. (Parents refused anyway and there has yet to be any evidence that ANY school district lost funding. See this video by, superintendent and opt out leader, Dr. Michael Hynes for more evidence.)

The threats weren’t working. Parents would not back down, and the numbers of parents opting out began to climb.

So Hespe and other test supporters tried a different tack. They reduced the testing time… a little.  See parents…we are listening to you. Now shut up and go away.

But the reduction in testing time only spoke to a tiny fraction of the criticisms of the PARCC. Then the test results came out and the vast majority of the state of NJ (one of the best performing states in education) FAILED.  Hmmm….looks a lot like what happened in NY and their opt out movement is at least 10 times that in NJ.

Don’t worry they said. It’s the first year of the test. The kids will get better, after all, these tests are rigorous…it will take time for little Johnny and Mary Lou to catch up. They need typing practice and time to learn how to navigate the testing tools like scroll bars and rulers on the screen. They need to learn how to engage in close reading and explain their math answers in explicit detail.

And if that isn’t enough encouragement….

Your kid takes the test every year from 7th grade on or he can’t graduate.

You hear that parents! They won’t. We swear they won’t. Don’t you dare opt out. We hold your kids’ future in OUR hands not YOURS. We say PARCC or bust.

There is no wizard behind the curtain. 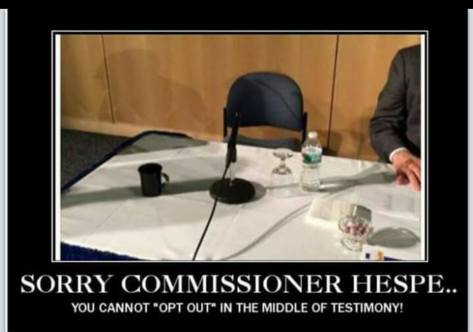 7 thoughts on “PARCC Or Bust”

© Pushing the Pendulum, 2014-2015. Unauthorized use and/or duplication of this material without express and written permission from this blog’s author and/or owner is strictly prohibited. Excerpts and links may be used, provided that full and clear credit is given to Pushing the Pendulum with appropriate and specific direction to the original content.
%d bloggers like this: